To get the most out of staging environments, it is important to have production quality data (in both variety and size) at your disposal to identify potential production problems before your customers do. For example, good data allows developers to check that new features behave as expected with real-world data, that a bugfix actually fixes a bug for a known scenario, or to benchmark a database migration or the performance of new code. 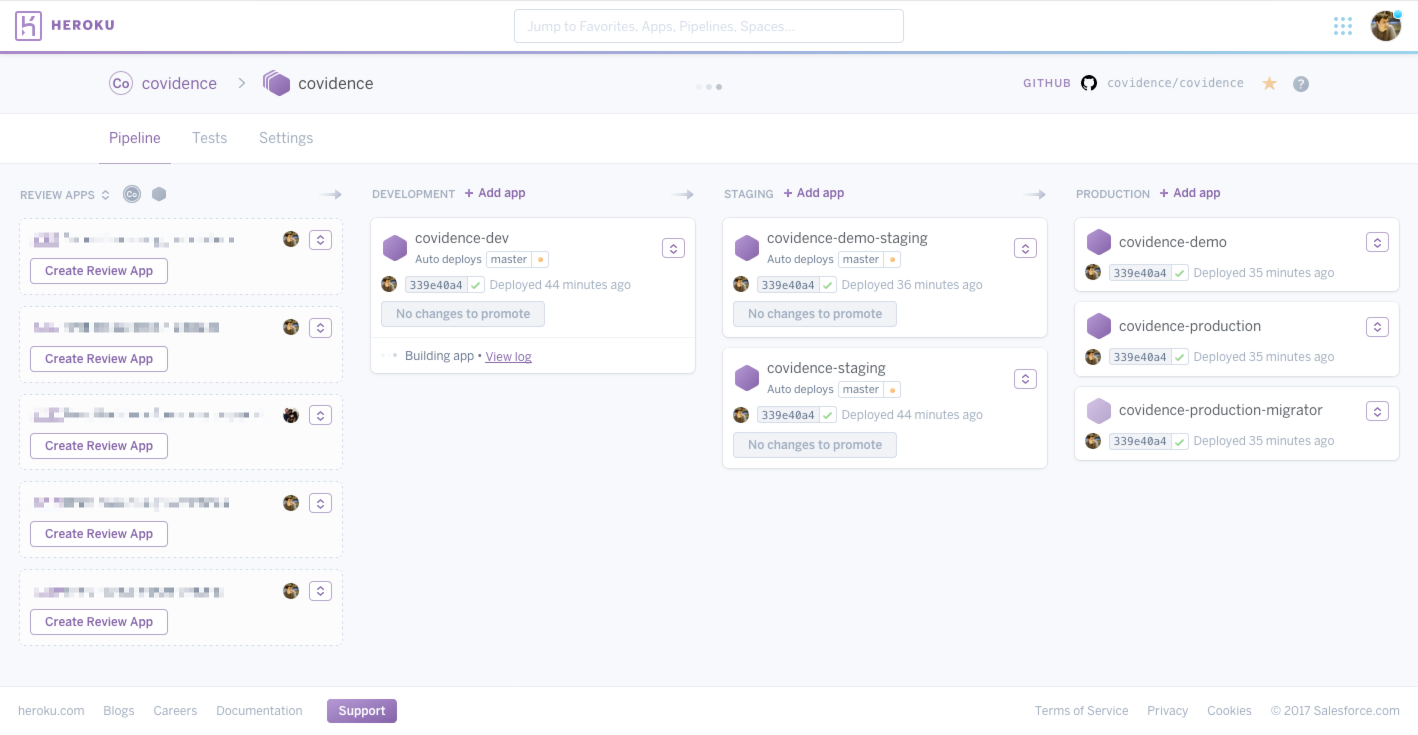 In staging, we have one environment each to mirror the production versions: staging and demo-staging. These two deployments automatically get the latest version of the code that has passed our continuous integration test suite. The expectation is that these environments should be reasonably stable and relatively safe to deploy to the production environments.

Additionally, we have a dev environment which deploys the latest code, regardless of build status. This environment is expected to be less stable and is sometimes used to deploy feature branches that need to see production quality data before it can be merged to master. This also tends to be the environment in which migrations are tested and benchmarked.

Lastly, we use an excellent feature of Heroku Pipelines to create disposable staging apps for any open pull request to allow us to sanity check and QA test the change.

Of all those environments, only the pull request apps have "seed" data. staging, demo-staging, and dev always have a recent snapshot of production data to work with.

Keeping fresh production quality data in staging environments is a really common problem for many companies and can often go along time without a solution. However, we knew that it was an important problem to solve if we were to work efficiently and effectively with our small team.

I want to share how we leverage some handy features of Heroku Postgres to have effortless, push-button production quality data in these staging environments.

We wrap up these steps in a script which runs every Sunday night via a scheduled Buildkite job or whenever we push the "Build" button manually. This means that our staging environment is never stale by more than about a week.

The steps to do this for each app are:

For our demo to demo-staging copy, the dataset is actually so small that we are using cheaper plans which don't support Heroku's forking, so for that we do something slightly different:

Here's the actual script we use, more-or-less un-changed: